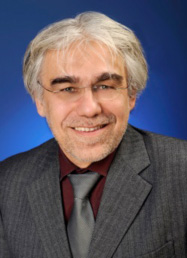 Dr. Bet studied mechanical engineering at the University of Duisburg. He continued his studies after his diploma at the Combustion and Gas Dynamics Institute in Duisburg where he earned his doctoral degree on the simulation of turbulent flow with free surface applied to ships and offshore technology.

Afterwards Dr. Bet started his industrial career at the BMW AG as a CFD engineer, where he developed and applied the simulation process for the thermal analysis of combustion engines. Three years later he contributed to the development of cryogenic storage and transport within BMW's hydrogen projects.

In 2003 Dr. Bet left BMW and launched his own engineering services company, Thermotec CFD GmbH, where he specialized in complex and sophisticated CFD applications. Developing his company to an effective and productive team, he re-launched his company as InDesA GmbH in 2008.

Dr. Seider studied mechanical engineering/aerospace at the Technical University of Aachen and the Virginia Polytechnic Institute on a Fulbright scholarship. He continued his studies after his diploma at the Aerodynamic Institute in Aachen where he received his doctoral degree on the simulation of airfoil aerodynamics.

Changing his field of competence, Dr. Seider continued his career at the BMW AG as a test engineer. There he participated in the development of the first electric/hydraulic controlled automatic transmission. Three years later he joined the central powertrain department for CAE application and built up a team, being responsible for CAE application regarding thermal design and analysis of gasoline engines as well as for cooling systems. At BMW Dr. Seider introduced various new simulation techniques, such as underhood flow simulation, thermal analysis of the core engine using fluid-structure coupling, and cooling system simulation.

Dr. Seider contributed to the development of innovative designs such as the integration of electrical water pumps into the cooling system of the BMW gasoline six cylinder engines as well as the thermal design of the current BMW Turbo V8 engine, where the exhaust system with turbocharger and catalysts is placed inside the V-space between the cylinder heads. This concept has meanwhile been adopted by other car manufactures as well.